In many ways, the solar PV industry still feels very new, especially to the general public. Fly-by-night companies aren’t doing us any favors establishing trust in the longevity of solar either.

So here’s the truth: the concept of solar energy has been around for a long, long time, and technology advances happening right now will ensure it sticks around for an even longer time. It’s sometimes easy to forget about the path solar PV has been on while we’re in the trenches each day, trying to reiterate to a hesitant public that solar power adoption is a good, secure and necessary thing.

The science is there, the proof is there, the longevity is happening right now. Here’s a look back at solar’s journey to arm you with some facts to educate the public and prove solar’s lasting power. 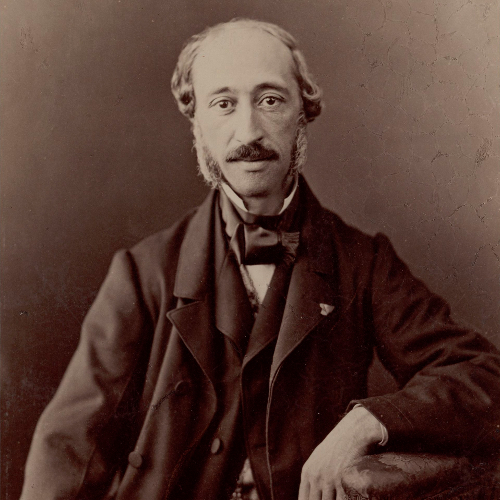 While mirrors and other reflective surfaces have been concentrating solar rays to light fires for centuries, and south-facing sunrooms and bathhouses take advantage of the sun’s natural heating qualities, it isn’t until 1839 that the photovoltaic effect is discovered and using the sun to generate electricity is first considered.

French scientist Edmond Becquerel was experimenting with electrolytic cells when electricity was generated when exposed to light. Becquerel was just 19 when he placed silver chloride in an acidic solution and generated voltage and current.

London professor William Grylls Adams and his student Richard Evans Day witness the photovoltaic effect when they expose selenium to light and produce an electrical current. They are unable to convert enough sunlight to power electrical equipment with their selenium solar cells, but it proved that solid materials could produce electricity without moving parts and just using the sun. The idea for a photovoltaic cell is born.

American inventor Charles Fritts creates the first working selenium cell. He coats selenium with a thin layer of gold and this first functioning solar cell has a conversion efficiency of 1%. Fritts’ solar cells are used on the world’s first rooftop solar array in New York City in 1884. But the cells’ high material cost prevents widescale adoption.

Gifted mind Albert Einstein finally brings theory explanation to photoelectricity. In the paper “Concerning an Heuristic Point of View Toward the Emission and Transformation of Light,” Einstein describes that light contained packets of energy he called “light quanta.” Quanta today are known as photons. Einstein’s theory helped explain how photons, when properly connected in a circuit, could generate electricity. He went on to win the Nobel Prize in Physics in 1921 for “his services to Theoretical Physics, and especially for his discovery of the law of the photoelectric effect.” Concentrated solar power and solar thermal energy applications had been in use for a while, but purely photovoltaic solar isn’t born until U.S. scientists at Bell Labs developed the silicon PV cell. This is the first time enough of the sun’s energy is converted to run electrical equipment. Bell Labs scientists Daryl Chapin, Calvin Fuller and Gerald Pearson achieved 6% efficiency with this first silicon cell, and soon early solar panels were used to power satellites orbiting the earth. In 1958, the Vanguard I was launched with six solar cells producing about 1 W of power. Research labs continue to improve the efficiency of silicon solar cells, but commercialization is slow to catch on. Sharp begins to successfully mass-produce solar cells in 1963, which brings solar practicality down from space shuttles and satellites to the general public. The effects of the 1973 oil crisis. Source: David Falconer, EPA

The 1973 oil crisis leads people to invest in solar research. Dr. Elliot Berman, with funding from Exxon, designs a cheaper solar panel, bringing the price down from $100 per watt to $20 per watt. Berman found that using silicon from multiple crystals was cheaper than using just one crystal, but efficiency was lost. Still today, poly/multicrystalline solar panels are cheaper but less efficient than monocrystalline.

The Solar Energy Industries Association (SEIA) first forms, working to promote, develop and implement the use of solar energy in the United States. The first order of business was to establish a cohesive, profitable industry to even represent.

The U.S. Department of Energy launches the Solar Energy Research Institute, which later becomes known as the National Renewable Energy Laboratory (NREL). The government-owned lab receives (fluctuating) funding from Congress each year, which is to be applied toward research and development projects. Inventor and scientist Subhendu Guha invents the first flexible thin-film product labeled as a solar shingle for BIPV use. First Solar’s production plant in Perrysburg, Ohio, opens as the world’s largest PV manufacturing plant with an estimated annual production capacity of 100 MW, although the company only reaches 25 MW each year until 2005. Transparent PV on canopy at a BP gas station with two members of the development team from NREL. Source: NREL

BP and BP Solar open the first “BP Connect” store in Indianapolis, a full-service fueling station with a solar canopy over the pumps. The canopy uses BP Solar’s translucent thin-film modules, and helps usher in the practicality of solar carports and canopies.

Powerlight Corporation (which was acquired by SunPower in 2006) installs a 1.18-MW system on the roof of the Santa Rita Jail in Dublin, California—the largest rooftop solar system in the United States and the fourth largest in the world. The system was predicted to supply 30% of the jail’s daytime needs and save the county $400,000 in the first year of operation.

The Solar Power Conference and Expo (later to be called Solar Power International) holds its inaugural event in San Francisco.

The Energy Policy Act of 2005 creates a 30% federal investment tax credit (ITC) for residential and commercial solar energy systems. The credit is extended in 2006, 2008 and 2015. Nanosolar ships the first commercialized CIGS thin-film modules. The company estimated it was the world’s lowest-cost solar panel at the time at $0.99/W. The Department of Energy’s SunShot Initiative sets a goal for solar energy to become market-competitive with traditional forms of electricity by 2020. The goal sets targets at 10-cents/kWh for residential, 8-cents/kWh for commercial and 6-cents/kWh for utility-scale PV.

The U.S. residential solar market installs over 2 GW in one year for the first time. The total U.S. installed market surpasses 20 GW.

Google launches Project Sunroof, which uses Google Earth imagery to analyze roofs and local weather patterns to create quick solar plans for homeowners. This tool is an easy first introduction to the solar potential across the country.

In April 2016, the United States installs its one-millionth array. We’re expected to reach 2 million by 2018.

The United States installs 14,625 MW over the year, a 95% increase over 2015’s then record-breaking 7,493 MW. Solar is also ranked as the No. 1 source of new electric generating capacity additions on an annual basis—for the first time ever. A new megawatt of solar PV came online every 36 minutes in 2016.

The installed cost of solar falls to record lows in 2017. Total installed system cost declines in Q1 to $2.80/Wdc for residential, $1.85/Wdc for commercial, $1.03/Wdc for fixed-tilt utility and $1.11/Wdc for single-axis tracking utility, a 6% to 29% decrease from the previous year, depending on market. The LCOE for fixed-tilt utility falls to between 5.0 and 6.6-cents/kWh and 4.4 and 6.1-cents/kWh for single-axis tracking utility—meeting the SunShot utility-scale goal three years early.

Only time will tell!