Two sessions at Solar Power International about voluntary, consumer-centric solar initiatives made me excited for the solar industry, despite the shadow of anxiety on the show floor about the trade war. The two magic words were SRECs and CCAs.

I already had a basic knowledge of SRECs, but I hadn’t thought too critically about their implications before this panel. According to epa.gov, a renewable energy certificate (REC) is a market-based instrument that represents the property rights to the environmental, social and other non-power attributes of renewable electricity generation. Solar RECs (SRECs) are created for each megawatt-hour of electricity generated from solar energy systems. A panel at SPI discussed how purchasing SRECs can be a “gateway drug” for solar power.

A panelist from Jackson Family Wines, a California winemaker deeply committed to sustainability, said the organization began its solar journey by purchasing SRECs and was then inspired to add onsite solar generation to two of its wineries. It initially bought RECs to offset the impact of emissions from purchased electricity that cannot be reduced or avoided. It’s since built a 280-kW solar system at its Carneros Hills Winery and a 162-kW solar system at its Hartford Family Winery.

The company has found success in marketing the sustainability message of its wines to larger business-tobusiness clients like hotel chains, but the winemaker is looking for more help in marketing its RECs and onsite solar generation directly to its consumers.

A SunPower panelist said the company’s salespeople work diligently to educate its customers on the green marketing implications of selling or retaining SRECs. More and more businesses want to be able to tell a green, sustainable message. But if businesses install solar and choose to sell their SRECs, they cannot claim they’re going solar or reducing corporate carbon emissions.

A panelist from a sustainability consulting firm said the bottom line is that accurate and clear public messaging about renewable energy purchases can add value and is encouraged. But inaccurate representation of REC ownership is unethical.

Community choice aggregation (CCA), also known as municipal aggregation, is another unique solar value proposition that excited me at this tradeshow. According to epa.gov, CCAs are programs that allow local governments to procure power on behalf of their residents, businesses and municipal accounts from an alternative supplier while still receiving transmission and distribution service from their existing utility provider. CCAs give customers more control over their energy sources, more renewable options and wholesale power rates—like the Costco of electricity.

One CCA represented on the SPI panel was Peninsula Clean Energy, which was launched collaboratively by California’s San Mateo County and all 20 of its cities to clean up the environment through renewable energy and help customers save money through lower rates. Another motivator was helping the member cities reach REC goals.

Although most of the panelists represented California CCAs, seven other states have enacted CCA legislation— including my home state of Ohio!

Hearing about new and exciting consumer-driven solar initiatives and their potential across the country helped me stay positive amidst the general unease about the trade war at this year’s SPI. I was also heartened to see all the new technical advancements on the show floor this year—from innovative rapid shutdown integrations to new frontiers in 3D solar design. We compiled our Top Products in this issue that we think will transform the solar industry even further in the coming years. 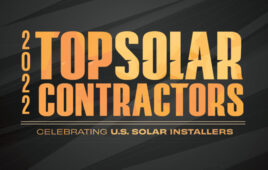