Installing a solar hot water system presents its own unique set of challenges, and those inexperienced to SHW can get into trouble quickly by not following a few simple best practices.

Throughout recorded history humans used either fire or the sun to heat water. Some communities now have solar water in over 90% of their homes. SHW is often the “forgotten solar” among many professionals nowadays, as PV prices continue to fall and more people are drawn toward the appeal of generating their own electricity. Nonetheless, SHW represents the largest solar market on Earth, and is an affordable alternative to PV that is reliable, environmentally friendly and saves people money.

The average SHW system is the equivalent of a 2-kW PV system. Consumers qualify for the 30% tax credit and many utilities offer additional incentives on top of that. Utilities are traditionally friendlier toward SHW than its PV cousin, partially because SHW’s built-in storage helps reduce morning peak loads (especially in the winter months). SHW is generally viewed as the least costly way to reduce an electric bill. Depending on whether a family lives in a warmer or colder climate, systems range from $5,000 to $7,500, with full payback averaging four years.

Installing a SHW system presents its own unique set of challenges. Those inexperienced to SHW can get into trouble quickly by not following a few simple best practices. Some simple tips for quality installations are as follows:

The average residential system can be installed by two workers in about one day. Many contractors like these jobs because they are easier to finance, quick to install and can generally get paid the same day. Typically, your phone rings and the customer on the end states they “want to go solar.” Most of the time, this can be translated to “I want to save money.” SHW gives homeowners a less expensive alternative to PV. It reduces the homeowner’s utility bill by saving electricity versus creating it.

As solar has become more mainstream, new advances in technology are revolutionizing the industry. For instance, there are newer polymer collectors that prevent corrosion. Currently, there is movement toward PV-to-tank hot water systems that completely eliminate the SHW collector, something a solar electric contractor should find very appealing. If you’re strategizing new ways to grow your solar business and add to your existing product line, SHW may be the answer you’ve been seeking. SHW will not only help you gain new customers, it gives you another reliable product to go back and sell to your existing customers, helping them save even more money and further reduce carbon emissions. SPW What’s the best way for installers to improve customer satisfaction? What’s the easiest way to speed up installation of solar systems? 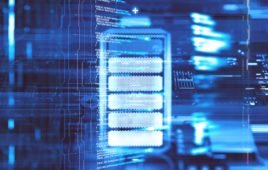 How to properly size a battery system