The U.S. solar industry has had some version of an investment tax credit (ITC) since 2006. This one-time credit on the cost to build a solar project has been influential to the growth of the industry, with SEIA reporting the U.S. market has grown by more than 10,000% since the ITC was introduced. 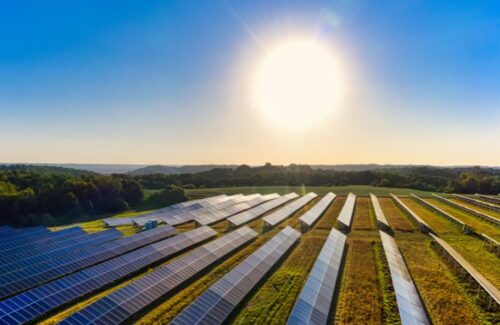 Now, for the first time, solar projects will have a choice between the ITC and a production tax credit (PTC), thanks to its inclusion in the IRA. While untested in solar, a PTC has been offered to wind projects since the early 1990s, and there are many renewable energy tax equity professionals with experience using this alternative credit.

“Wind came along before solar,” said Jeff Chester, global co-head of energy project finance for the law firm Greenberg Traurig. “[The ITC] was offered to solar when solar was smaller and there wasn’t a lot of production associated with solar. It was to ensure that solar had a valuable credit not tied to production.”

Now with installation costs coming down and solar arrays becoming more efficient, a 10-year, ongoing credit related to kilowatt-hour production could prove more beneficial to the solar market than an ITC. Chester noted that it will take some time for models to be established after final rules are released by the Treasury Dept., but there is already a basic understanding that most solar projects will want to take the PTC instead of the ITC.

“Many solar projects will benefit from the PTC. For those projects, it will be more valuable than the ITC,” he said. “But it’s on a project-by-project basis. [Depending on] the cost-per-megawatt to build the project, there’s a crossover point where the ITC is more beneficial than the PTC.”

As it is suggested today, the solar ITC is a one-time 30% credit given in the year a project is placed in service. Conversely, the solar PTC can be claimed every year over the 10-year credit period at the current rate of 2.6¢/kWh for commercial projects, with fluctuating rates going forward.

The solar PTC will also provide additional benefits to more investors over time.

The dominant choice for solar developers remains to be seen, but new tax credit options will only help the industry grow over the next decade.