RE+ was actually insane. The Solar Power World editors are no strangers to the tradeshow scene; we hit the ground running each show to find the hottest products and latest trends. But even we were overwhelmed in the sea of 27,000 attendees — 27,000!! — and finished each day absolutely spent. My shoes filled with blood! But I do it to stay on top of all the U.S. manufacturing rumors and see how batteries are becoming even more synonymous with the solar industry. No longer the “Wild West,” I did hear many times that the U.S. solar and storage (and even the EV) industry is entering a “gold rush” scenario now with favorable legislation and tax credits included in the Inflation Reduction Act (IRA) — which is apparently pronounced “Ira,” by the way. But that rush to enter the market will demand more standardization in the industry’s products. The U.S. renewable energy industry has a desperate need for a trained workforce to meet these climate goals we’ve set. It’ll be even more difficult to install all these solar panels when contractors have to learn different techniques for different brands of the same product.

That’s my biggest takeaway from RE+: Everything is getting bigger, whether it’s residential energy storage systems or solar panels themselves — and there’s no consistency. No longer can we just call solar panels 60-cell or 72-cell versions. Depending on wafer size and whether the cells are half-cut or use other technology advances, solar panel sizes are all over the place. Seeing large-wafer solar panels in-person, and next to previous “traditionally sized” modules, it’s jarring. I know I’m not the typical solar installer, but why can’t a 5-ft., 2-in. person place panels on a sloped roof? It looks absolutely impossible right now with these big modules.

Even though I can’t get my arms around them, that doesn’t make the advancements in solar panel and battery designs any less remarkable. Just think how much has changed since the last Solar Power International in 2019! I’m happy to present some of my notable findings at the 2022 show here. I hope you were following along with me on Twitter all week. Four 535-W Maxeon Performance modules set in a 2P configuration on a Soltec tracker. These panels use 210-mm (G12) wafers and dwarf the 2P First Solar Series 6 modules on the left. A few pictures of big ole modules. The biggest modules are for utility-scale installations, but even the shorter and wider modules for the DG market are not uniform in size across all brands. The back of First Solar's new Series 7 module. It uses dual steel back rails. The new First Solar Series 7 module is attached to an Array Technologies tracker with a new "tool-free" design. First Solar didn’t have a booth, but its modules were on display in its tracking partners’. The new Series 7 module, which should start coming out of its Ohio plants in the first half of 2023, uses dual steel back rails for easier placement on trackers. Using steel and no aluminum should help with taking advantage of domestic steel production. The 540-W modules are 25% faster to install than its Series 6 design, according to First Solar testing. All new First Solar factories being built (Ohio and a future one in the Southeast) will be entirely dedicated to this new module. Front side of the First Solar/SunPower tandem module, with its reflective, super sleek thin-film layer The backside of the First Solar/SunPower tandem module with a backsheet tearaway to show the crystalline-silicon cell layer.

SunPower and First Solar announced earlier this year that they were working on a tandem thin-film/crystalline-silicon solar module for the residential market. A CdTe thin-film layer will sit atop a layer of crystalline-silicon cells to capture more of the sun’s energy. First Solar will make the module, and SunPower will be the exclusive provider of the product to residential installers. SunPower said that the two companies are in late-stage discussions, and the technology needs fine-tuning before heading to market. And the award for the worst picture ever taken at a show: Silfab's detailed description of its new manufacturing process using a conductive backsheet

This was my most “wow” moment at the show. Silfab is upending how we think about solar panel manufacturing. The company has been working with a conductive backsheet from Endurans for a bit but is now taking it to the next level. The module cutaway on the right of this picture shows the various layers. The backsheet will be set first, with back-contact solar cells over top that have connecting points specifically placed for the conductive backsheet. There are no busbars, which means fewer chances for microcracking and busbar hotspots. The front of the Silfab module would be completely black, with no interruptions, for incredible aesthetics for residential customers. These proprietary back-contact solar cells will need to be manufactured close to home, so stay tuned for future U.S. manufacturing plans from the company. Everyone has a battery now, and that’s not necessarily a bad thing. Industry development has allowed energy storage systems to become larger with bigger capacities for “true” whole-home backup. The new EP Cube from Canadian Solar offers a good visual representation of stackable batteries and higher-power inverters. The wires are condensed in the lower square of this stack, battery cells are in between, and then the inverter is on top. Based on the capacity needed, battery modules can be added or removed in the stack. There isn’t anything especially new about the sonnenCore residential ESS, besides its growing capacity options, but I share this image to talk about sonnen’s new virtual power plant approach in the United States. Along with installer Baker Home Energy, sonnen has started a consumer battery program in California called sonnenConnect/PowerOn! Smart Battery Program. sonnen’s home country of Germany uses batteries almost entirely for grid interactions (backup power is not a concern there), so sonnen has tons of experience in this area and is now managing a VPP in California without specific utility-backing. sonnenConnect will operate in the CAISO market, with sonnen managing customer batteries, providing cash rewards to customers (instead of utility bill credits) and contributing to the stabilization of California’s grid. We’ve already seen successful VPPs with utility support in the Northeast and throughout California, but this utility-independent model could bring more value to battery customers in Texas and other markets where NEM is under threat. 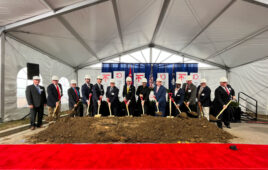