So it’s not especially surprising that a new CdTe manufacturer would set up in Northwest Ohio and call itself Toledo Solar. Rather than compete with First Solar’s utility-scale dominance, Toledo Solar’s 100-MW production line will supply the residential and commercial markets with an alternative to traditional crystalline silicon solar modules.

The only other viable non-utility CdTe manufacturer of late was Calyxo, a German manufacturer that filed for insolvency for a second time in 2019. That does leave the DG market open, but still, why enter the industry in First Solar’s backyard?

Aaron Bates, chairman of Toledo Solar owner Atlas Venture Group, said there’s room in the solar industry for another CdTe manufacturer, so why not? We talked with him earlier this month to get the lowdown on the newest solar panel manufacturer to set up in the United States.

The idea for Toledo Solar came about almost in passing

Bates’s background in manufacturing, university research and institutional finance led him to talk with researchers at the University of Toledo who told him about solar’s influence in the area.

“Toledo is the birthplace of what I think is the most successful technology commercialization story in Ohio’s history next to the airplane: cadmium telluride solar technology,” he said. “Doing what I have done on the finance side, I wanted to learn more.” Bates and his partners started looking at CdTe success stories. Since First Solar is basically the only positive example, they instead studied the failures — of which there are many. Promising companies like Abound Solar failed in the early part of the 2010s because they too quickly scaled-up technologies only functional in lab settings. And there was a boom of solar startups around then that stretched thin any investment dollars on the table.

When First Solar went public in 2006, many from the technical team left the company to start a new venture just down the street: Willard & Kelsey Solar Group. Its story follows the same path — investment dollars dried up and mismanagement led the company to fold in 2013.

Local businessman Jim Appold (who died in April 2020) acquired all of Willard & Kelsey’s assets and maintained the equipment in the existing factory. Bates and his team visited the plant in 2017 just to take a look.

“We’ve done mergers and acquisitions for a long time, and when someone tells you there’s a mothballed factory that’s been maintained, that’s generally not the case. Someone would say that, and you would dive in and find out it’s basically scrap,” he said. “This was not the case. When we first saw the facility, we were just blown away by the state of the equipment. It was all on and functioning. The 300,000-sq.-ft facility had been environmentally controlled. It was really a testament to Jim Appold. He truly believed it was a good investment.”

This seemed like a sign to Bates. Atlas Venture Group officially acquired Willard & Kelsey’s assets in 2019 and set out to make CdTe solar panels.

Utility-scale sales will never be a focus 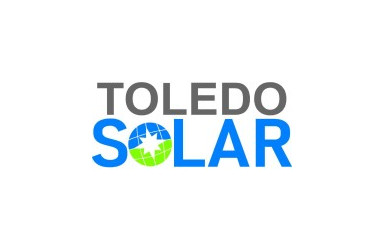 Bates said Toledo solar is not trying to outsmart First Solar or make a play at its market share.

“We hold First Solar in a high regard. I’m a shareholder,” Bates said. “We don’t consider Toledo Solar to compete with First Solar. That’s one of the decisions we made very early on. If we were going to investigate going into solar, we would only do it if there was a niche market we could service that would not compete with First Solar. They are utility-scale. Toledo Solar services the non-utility market in the United States.”

First Solar did recently announce it would start supplying the community and commercial solar markets with panels through distributors, but Toledo Solar specifically sees its panels making a home in residential rooftop projects. The company’s frameless panel (similar in size to First Solar’s Series 4 module: 600 mm x 1,200 mm and 115 W) is aesthetically different than traditional crystalline-silicon modules. Thin-film solar panels have better resistance to shading and lower degradation rates than crystalline silicon, so Toledo Solar could make a play for difficult installations and in warmer climates.

Since the company’s manufacturing output is small, Toledo Solar works directly with customers on multi-year contracts.

“We don’t sell solar panels to everybody just because the market’s so much bigger than our capacity,” Bates said. “We’re good with 100 MW now. We’re on a 30-acre site, so this facility maxes out at 800 MW of annual production. Right now we focus on 100 MW, and then by year three, I think we start doubling every two years.”

Toledo Solar is also a distributor of ABB products and other balance of system materials. Bates said installers are looking for turnkey solutions, and Toledo Solar wants to take care of its customers in all solar product areas.

The company has future product plans Currently, Toledo Solar is operating on one shift and should be up to two by January 2021. Its 100-MW capacity represents three shifts of manufacturing, and the ramp-up is still on-schedule.

In the meantime, R&D continues. Research scientists at the company were awarded a $200,000 Small Business Innovation Research (SBIR) grant from the Department of Energy for using steel backing for its panels instead of glass. Bates said they’re working on slimming down the 6-mm-thick panel to explore more cost-effective and lighter design options.

Bates also said research techs have developed a semi-transparent CdTe panel that would be ideal for the BIPV market.

“We’ve already prototyped for semi-transparent solar panels,” he said. “We’re not going to bring it to market until the end of 2021. The performance is still kind of low on a lot of these technologies, but we’ve found a way through selective removal of the material that’s cost-effective and produces a high-power product.”

See a list of U.S. solar panel manufacturers (and a map!) here: solarpowerworldonline.com/u-s-solar-panel-manufacturers/