A capped landfill solar installation in Brooklyn, Ohio, where CS Energy was the EPC.

Modern landfills, whether they are privately owned for-profit entities or operated by local, federal or state governments, are government-regulated, highly controlled environments. Measures are taken to prevent precipitation from seeping through the waste and contaminating the water supply, odors must be controlled, waste containing certain toxins needs to be kept out and gas buildup can become an issue. In 2013, the EPA estimated there were approximately 1,908 municipal solid waste landfills (MSWLFs) in the continental United States that are managed by the states where they are located.

In order to prevent landfill waste from migrating into the environment and potentially causing harm, an engineered landfill “cap” is installed to create a protective barrier between the waste in the landfill and the surrounding area. A capped landfill can no longer receive waste, and it must be maintained and monitored for a number of years.

Capped landfills are increasingly attractive locations for new solar power installations. This is an unsurprising trend, since the number of active landfills is decreasing, leaving state and local governments with significant unusable parcels of land. The EPA estimates there are as many as 7,400 closed landfills in the country.

Installing solar projects on landfills can be a complex endeavor, and there are various important elements of permitting, construction, and maintenance that are unique to landfill solar projects that are not required for typical ground-mounted solar installation. CS Energy has completed over 150 MW of landfill solar projects, and our parent company, the Conti Group, has closed over 50 landfills via its environmental remediation business, so we have institutional knowledge unique to the solar community. When government entities and other stakeholders evaluate a landfill’s suitability or potential as a site for solar arrays, there are some specific features and characteristics they should note, since solar development is not optimal for every capped landfill. An installation on the capped Cinnaminson Landfill in New Jersey by CS Energy.

Converting capped landfills into power-generation sources is in and of itself nothing new, which means that many landfills have built-in connections to the power grid. Landfill gas (LFG) systems have been in operation for decades. They capture methane gas that is emitted from the decomposing waste and convert into electricity for both onsite usage and sale to the power grid. While LFG is endorsed by the EPA as a renewable energy source, there are multiple factors that are driving private landfill owners and municipalities to consider adding solar as an alternative (or additional) source of revenue. The landfill’s unique waste composition, height and density may render it unsuitable for LFG as a power-generation source. LFG systems also have a finite life and will cease operation when the methane generated from the landfill dries up. In addition, the methods for capturing LFG are not without concern. According to the New Jersey Department of Environmental Protection (DEP), LFG may contribute to ground-level ozone formation, add hazardous air pollutants into ambient air and emit large volumes of carbon dioxide and methane into the atmosphere, which itself contributes to problems associated with climate change. This can lead to a situation where necessary pollution controls become so onerous that their costs outweigh the benefits of an LFG project.

Although taking unusable land and transforming it into a source for passive revenue, like a solar project, might seem like an obvious win — both economically and politically — there are situations where local officials may oppose developing solar on a government-owned landfill. One concern often voiced is related to the possibility that the solar development may cause damage to the landfill cap by causing hazardous materials to leach out of the landfill and into the groundwater. These worries can be mitigated by partnering with developers, engineers and contractors with experience in the space to ensure that the work will not impact the integrity of the cap and the safety of the workers. 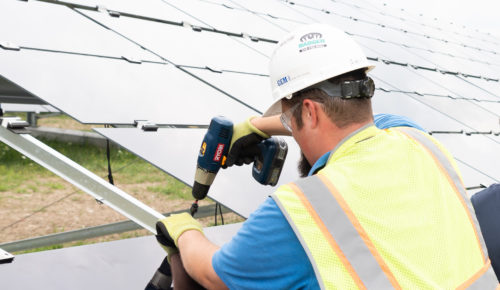 Because of the careful measures that must be taken to ensure the landfill cap isn’t compromised, landfill solar is roughly 10 to 20% more expensive to build than normal ground-mounted solar systems. In addition, landfill closure permits for landfills need to be re-written in order to allow solar panels to go on top, which adds time and cost to the project.

This means that in order to facilitate significant landfill solar development, state and local governments must offer specific incentives to compensate solar developers for the increased cost of installation and development on landfills. In fact, without such incentives, landfills are typically not an attractive development proposition; developers will instead continue pursuing traditional ground-mounted solar installations that are cheaper and easier to develop and build.

If local and state officials decide to establish programs to encourage solar development on capped landfills, they can reap significant benefits. We all want more renewable energy to help contribute toward the fight against climate change, but there is always debate about the best place to install new renewable energy projects. The community will prefer solar on landfills compared to solar on existing open space, farmland or forest land — development on these areas can cause significant public backlash, compared to landfills that generally garner significant public support.

Additionally, landfill solar projects can mean lots of local jobs. In 2018, when CS Energy built the Cuyahoga County Landfill Solar Project in Ohio, it found many qualified electricians in the region but a dearth of workers trained in solar in the area. Despite this, CS Energy still built a workforce that was 80% local Ohio residents, and in the process, was able to train those who were new to solar.

While people often focus on the national debates over energy policy, it’s local and state regulations and programs that drive most of the growth within the solar industry, particularly for landfill solar. At the end of the day, solar developers, contractors, engineers and local politicians and regulators need to work together to establish sustainable and practical solutions to drive growth of valuable landfill solar projects in their communities.

Checklist: Is a landfill a good prospect for a solar development? 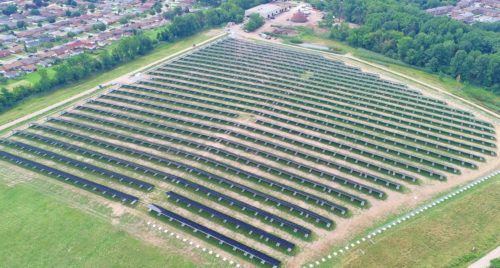 A capped landfill solar installation in Brooklyn, Ohio, where CS Energy was the EPC.

While not an exhaustive list of feasibility considerations, the below factors are a good tactical starting point:

Age of landfill/ landfill maintenance requirements
Pre-1960s era landfills were, in many cases, conveniently situated open pits in the ground where all types of waste were dropped, with minimal consideration for engineering design and siting criteria. The EPA requires the owner or operator (both public and private sector) of each MSWLF unit to conduct post-closure monitoring and maintenance for at least 30 years. The older a landfill is, the more likely it is going to be considered a liability, and the more likely the owner is to be looking for solutions to turn the liability into an asset.

Slope
Landfills with minimal grades are attractive candidates for solar. The flatter the area, the simpler the solar design requirements and site preparation activities, and therefore, the costs.

Useable acreage
In order to be viable for solar development, the available acreage must be large enough to fit a decent-sized project. For example, at CS Energy, we will only look at landfill solar projects that have at least 20 acres of flat acreage on the top of the landfill. 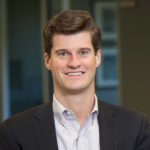