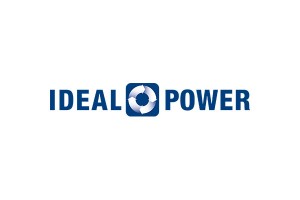 Ideal Power released a white paper describing a new power semiconductor switch called the Bi-directional Bipolar Junction TRANsistor (B-TRAN) and its method of operation as well as the implications of the B-TRAN as a replacement for conventional power switches. The technical whitepaper describing the device structure and operation of the B-TRAN is available at B-TRAN White Paper.

The B-TRAN device has a simple, 3 layer, 4 terminal, vertically-symmetric double sided structure which presents unique opportunities for high current density operation at high efficiency. B-TRANs have potential uses in a wide range of power conversion and control applications, including low-loss AC power control, and power converters. Based on a recent study by Yole Development, power semiconductor switches are a $10 billion per year addressable market currently served by conventional devices such as Insulated Gate Bipolar Transistors (IGBTs).

“Given the performance predictions for this new power switch topology, the B-TRAN may be the most significant new type of power semiconductor since the introduction of the IGBT,” says Dr. Richard Blanchard, a B-TRAN co-inventor and holder of over 200 patents primarily related to power semiconductors, including the widely-used MOSFET.

Ideal Power’s current products using standard IGBTs deliver some of the highest efficiencies for energy storage applications. The company believes that future Ideal Power products using B-TRANs could have full power conversion efficiencies equal to or exceeding 99%, as compared with conventional power conversion systems with typical full power efficiencies of less than 95%. Third party simulations show that, when applied to AC power control, the B-TRAN is predicted to operate with less than 20% of the conduction losses of conventional solid state AC power control devices while providing valuable fault control capabilities such as current limiting and fast turn-off during fault conditions, which are lacking in such conventional devices. The B-TRAN could also potentially replace electro-mechanical contactors in many applications where fault limiting and explosion-proof operation is required.

The development of the B-TRAN has been supported by a U.S. Department of Energy Advanced Research Projects Agency – Energy (ARPA-E) award to create new bi-directional IGBT (BD-IGBT) power switches. Unlike conventional uni-directional power switches, bi-directional switches conduct current and block voltage in both directions.  As part of this advanced research, the company patented the B-TRAN, which combines the bi-directional functionality of the BD-IGBT with exceptionally low losses.

Both the BD-IGBT and the B-TRAN have been extensively studied in detailed, physics-based simulations, and the semiconductor processes to build prototype devices are in development. These simulations show a 0.2 V drop on a 1200 V B-TRAN at high current density and gain greater than 10, as compared to a typical IGBT with series diode voltage drop of 4.5 V, for a factor of 22 reduction in conduction losses in IGBT AC switch applications. B-TRAN switching losses are predicted by these simulations to be significantly lower than IGBTs.