Central solar inverters have long been a prevalent choice among project developers, EPCs, integrators and other stakeholders engaged in large-scale solar development. They satisfy the demanding requirements of all parties from builders to financiers while providing low installed cost per watt. Central solar inverters are positioned to remain a popular technology for utility-scale and large commercial solar power conversion as their usage increases throughout the world and manufacturers continue to offer larger power classes with more innovative features.

Why Choose A Central Inverter?
The central solar inverter is truly the brain of the large-scale power plant, and as such it must perform complex functions outside of simply converting DC to AC. Central inverter manufacturers offer a variety of grid management functions that comply with utility interconnection requirements and provide reliable power for the subsequent operational life of the plant. Central inverters offer both an intelligent interface to the power distribution grid and decentralized grid management services, receiving and implementing the target values specified by grid operators using standard data transfer protocols (Modbus, OPC, Ethernet and TCP/IP). Optimal grid management is achieved with features like low voltage ride-through, remote-controlled power reduction, frequency stabilization through active power control, voltage stabilization through reactive power control and reactive power at night.

Utility-scale and large-commercial solar professionals trust central inverters because they recognize the field-proven history of the technology. The most reliable central inverters have been deployed in the harshest conditions across the globe, from the California desert to the Austrian Alps. Such inverters have undergone extensive manufacturer’s testing to ensure that they’ll continue to operate in situations of extreme heat and cold, sandstorms, maritime air and more. The tests simulate potential climatic scenarios, often times making them even more extreme than what is actually encountered in the field. The most reliable central inverters will output 110% of rated power in continuous operation at ambient temperatures up to 25° C.

Emerging Trends In Central Inverters
The European solar market has paved the way for many best practices that are ultimately adopted by the United States. Using 1,000 VDC system design is one such practice that has gained traction in recent years as large-scale solar developers look to reduce costs while maximizing efficiency. Significant balance-of-system cost savings can be achieved with 1,000 VDC design as the necessary quantities of strings, combiner boxes and wiring are dramatically reduced. For instance, in a side-by-side comparison of a 600 VDC versus 1,000 VDC sample system, the 1,000 VDC design resulted in a $0.02 to $0.03 per watt savings at installation. This methodology also results in lower line losses, which means even greater efficiency than is already achieved by selecting a central inverter for large-scale PV plants. The economic benefits of the 1,000 VDC approach have become abundantly clear to financiers and project owners whose fundamental goal is to maximize the profitability of the system.

Central inverters have traditionally been integrated into large-scale PV plants as stand-alone units, but many manufactures now offer platform/skid solutions. These turnkey units integrate the central inverter(s), AC disconnects, DC disconnects and a transformer into a single modular unit. The result is true power conversion with simplified shipping and installation. Another trend that’s not only simplifying large-scale PV, but securing it, is the advent of a more robust service offering from inverter manufacturers. Service is becoming a mandatory component for stakeholders who want to mitigate risk while ensuring maximum production and superior financial returns. Central inverter manufacturers have answered the call by offering grid emulation, commissioning, preventative maintenance, extended warranties and even comprehensive plant-wide operations and maintenance services. PV professionals understand that service is paramount to the long-term security, reliability and profitability of a PV plant. 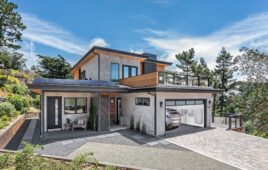